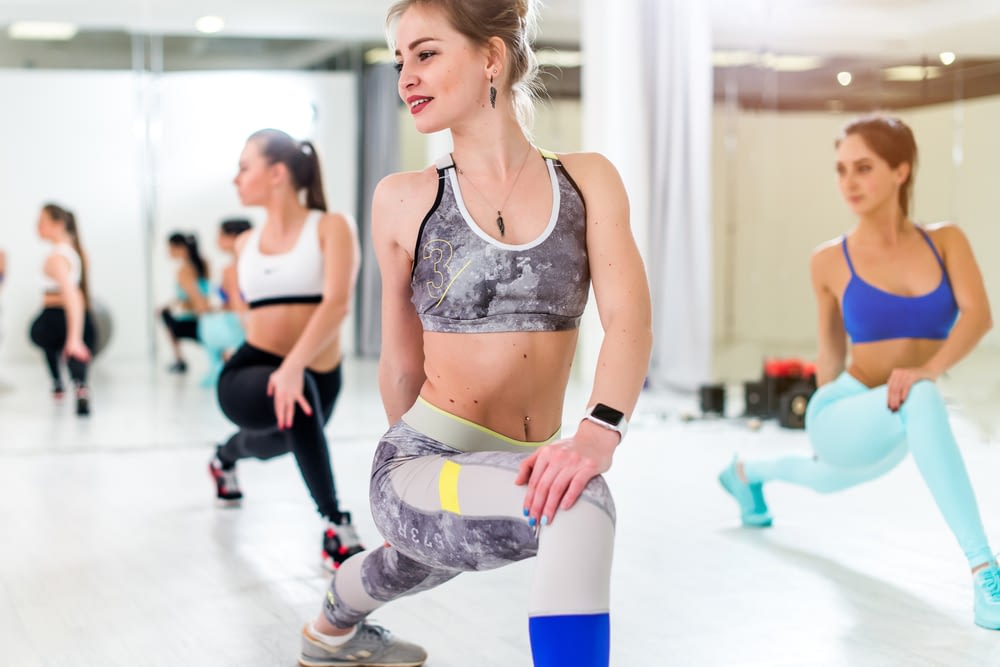 You froze your tail feathers off in some faraway college town long enough. The spring semester is over, now it’s time to hit the beach. Your favorite bathing suit is right where you left it; the problem is that while you were away, that bathing suit shrank a few sizes!

What happened over the past few months? How did your youthful figure become so abruptly compromised? Fifteen classroom hours per week, times two for study time, plus a club activity or two and a late-night social calendar just might have something to do with it. You have sacrificed your physical well-being in order to further your education, and you will be rewarded handsomely in the future. In the meantime, FIT Presenter is here to get you back on track. This article will help you get started on a sensible, effective plan for undoing the damage done by the hijinx of higher education.

While discussing this topic with clients, many of whom are parents of college students, the most popular question has been “what type of advice are you going to give?” If this article applies to you directly, you are educated well enough to know how to right the ship. You don’t need advice, but rather a specific plan that works for you. Diet and exercise habits change for each person differently. As you read on, decide which of the usual suspects applies to you the most and how to fix the problem.

You are at an age where your body can recover quickly from temporary weight gain. This is perhaps the first time that you have ever had to look closely at your diet and make intelligent choices. It can be a little scary, but it is nothing that you can’t handle. In the training field, we see people all of the time who are trying to lose weight. Those whose only priority is to hastily shed pounds are usually worse off in the future. Remain calm, keep a level head, and make sensible changes for long-term results.

One more scoop of whatever that is

One of the toughest lessons in college is not learned in the classroom, but rather in the dining hall. College students gain or lose an average of 15 pounds within the first year away from home while adapting to new dietary habits, hence the term “Freshman 15.” For some, the buffet-style food choices and the convenience of vending machines and microwaveable meals overtake old habits of home cooking. In other cases, students afford themselves such little time to eat that they lose as much muscle mass as others gain body fat.

The first thing to do is evaluate your diet, but not go on a diet (whatever that means). Many people who are “on a diet” restrict their calories during planned meals and then pig out with the intention of starting again tomorrow. We’re talking about the dietary changes brought on by the college lifestyle.

Socializing at college often involves large groups going to a diner, pub, or chain restaurant for late-night deep-fried appetizers. You used to have baked potatoes with dinner, now you have bacon and sour cream loaded ‘tater skins. Grilled chicken with corn and carrots became deep-fried buffalo chicken tenders, served with an extra 200 fat calories disguised as dipping sauce. Pizzerias are open late on weekends to accommodate the late-night study schedule of tomorrow’s leaders (that’s your alibi, stick to it). The opportunity to gorge is everywhere. Even if your breakfast, lunch, and dinner are carefully measured on a strict meal plan, you are vulnerable to adding empty yet damaging calories after hours.

Ask your parents to leave the room before they see the slight smirk emerging while you read this next paragraph. Even before the age of 21 you may have experienced the taste of an adult beverage. While the magical ingredients may have taken you to new heights socially, alcohol has calories. Lots of them. One gram of alcohol has seven calories, compared to four for a gram of carbohydrate or protein and nine for a gram of fat. A typical drink has about half an ounce (14 grams) of pure grain alcohol, which amounts to 98 calories per drink, not including the sugar and yeast content. Add that up throughout a night of discount pitchers, flip cup, beer pong and frat house punch, and don’t be surprised if your grand total exceeds 1,000 calories for a single night of drinking. Bottom line, if you gained weight while away at school, drinking is usually culprit number one.

And now for the fun part

So we have covered eating and drinking. What about exercise? Campuses are loaded with former varsity athletes who have now limited their exercise regimen to the occasional pickup game of ultimate Frisbee. Fitness training in the past was done for improving athletic ability or just for fun. Now exercise has become a chore. Some have the willpower to gut it out on a cardio machine at the student rec center five days a week, but others would rather hang around in the dorms to catch the results of televised paternity testing. The key is to find an activity worthy of maximum effort. It might be a competitive sport, although it might be something completely different.

Here are a few easy ways to get your body back into the prime shape that you deserve:

If it has a drive-thru, keep driving! – Fast food restaurants don’t miss you if you don’t come back. They don’t think about you, and they don’t love you. The stuff is bad for you. Give it up. If you can’t even get out of the car to walk inside and order your own food, then you have a real problem.

Rattle those pots and pans! – There comes a transition in life where cooking your own food becomes as cool as going out for pizza used to be. You’ll find that meals prepared at home are cheaper, healthier and better tasting than what you can get at most restaurants. Make dining out the exception, not the norm.

Drink sophisticated – There is a fine line between sipping a cocktail and tapping a keg or 30-rack of cheap brew. Pick and choose your nights out carefully, and stand firm when supposed friends try and drag you out for a second or third night in a row.

Find a new exercise routine – You will hit a plateau quickly if you do the same thing every day. Get away from the calorie-counting digital gadgets and venture out onto the gym floor.

Skip stones on the sound – In case you haven’t noticed, college is stressful! Find an anxiety-busting activity that will help you cope once you return to the mass hysteria of back-to-school weekend.

The next three months away from school give you a chance to regain your old form in a more conducive and supportive environment. The factors that led you astray are on hold for now. Take the opportunity this summer to find new health and head back to school in the fall with a new lease on health and fitness!