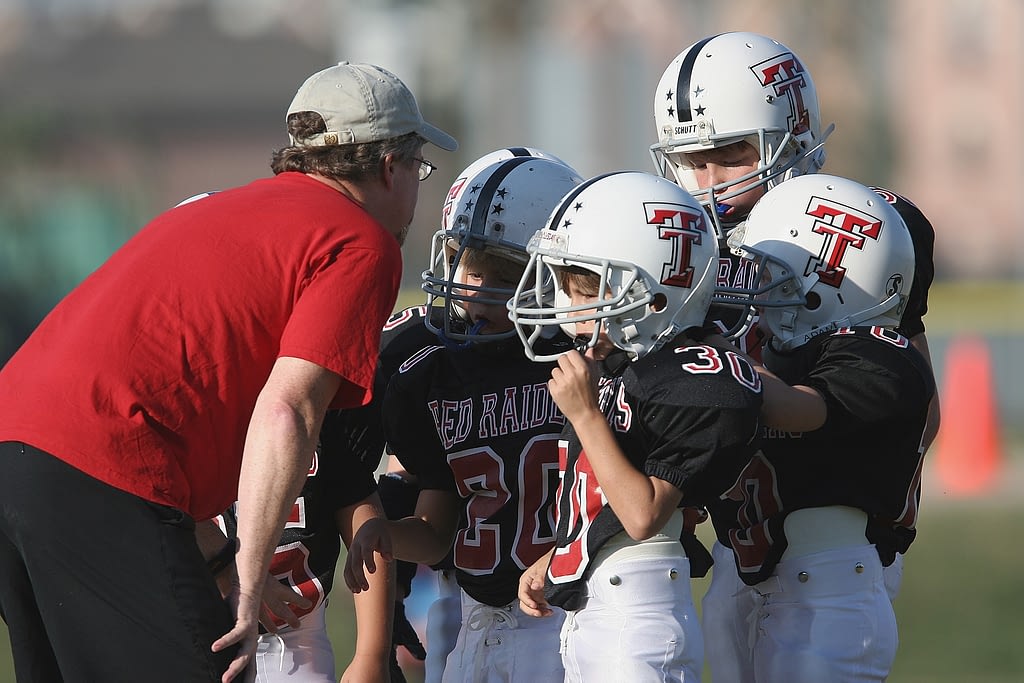 In my first season as a wrestling coach (not counting my years as a volunteer), I joined the team in the fourth week of the season. I wasn’t teaching at that school, and nobody knew me. The wrestlers came to practice one day, met me, and then went home and told their parents, “yeah, this new guy was a Marine and yells a lot, but he’s pretty funny.” With that introduction, making an impression on the parents and the school community required skills beyond mat savvy.

My big break came at the awards brunch after the season. We presented a certificate to each wrestler, along with some mostly kind words. Then came Hammer Time – a tip of the hat to the parents. Get your hanky ready.

“Until I started coaching, I never realized how much parents go through in this sport. It’s a hard sport to understand. Even when your son is winning, it’s still brutal to watch. Sometimes you drive an hour to a meet, only to find out that your son doesn’t even have a match. On weekends you wait around for hours at a tournament while your feet fall asleep in the bleachers. At home you cook dinner, then reheat it, then reheat it again, only for your son to come home and say, ‘sorry, I have to make weight tomorrow.’ I can’t expect them to know what you go through. By the time they’re old enough to appreciate it, you’ll be too old to remember it. So let me say now what I didn’t have the decency to say to my own parents, which is thank you.”

I was a made man after that

Parents came to me weeks after saying how much they appreciated what I said, and that they had no idea that I could speak. Part of me is flattered, another part of me is disturbed. Why are sports coaches, supposedly the most motivated people on the planet, held to such a low standard for speaking? I finally figured out the answer. For so many coaches, just like trainers, the gym is their safe space. In the gym, they command a small army with a whistle and a bullhorn. Outside of the sports venue, they stand at only six inches tall.

In the story Gulliver’s Travels, the title character travels to an island where the people stand at about six inches tall. In Gulliver’s second voyage, he visits a land where the people are ten times his size and treat him like a toy. In the sports world, we often see the same disparity. The top dogs in the gym or the sports venue often appear as little children once they put on clothing with zippers and buttons. My favorite sports Gulliver is the archetypal high school coach who, once he speaks to a room full of parents, comes across like another one of their kids.

I love the fact that I’m finally old enough to talk about “kids these days.” The reputation is that they are a lot softer and more sensitive than Generation X. Apparently colleges across America have “safe spaces” where you can take refuge from offensive language or ideas. The people who complain most about these safe spaces are your self-anointed alpha-males who claim that people aren’t as tough as they used to be. Having brushed up against these types from time to time, I know that these same rugged individuals of the world have their own safe spaces in gyms, locker rooms, and sports venues. Once they no longer have the luxury of blind obedience from their audience, they cower and quiver like a JV second stringer at the free throw line.

The floor is yours

The awards banquet is only the beginning. Coaches put on a WalMart dress shirt, fresh out of the package with the un-ironed square creases in it, and a crooked half-Windsor knot for a variety of reasons to face the general public. If you coach a sports team, then people expect you to deliver to an audience.

In the preseason, you have to win over the parents. The athletic director may be watching. There's no more living out your teenage years vicariously. Now you are in big people territory. The first meeting sets the pace for the whole season. Most coaches will begin by handing out paperwork and therefore lose the attention of the group. You need a 1-2 minute opener to capture their attention, establish your presence, get them excited, and set your expectations. If you can do it in a locker room, you can do it in a classroom.

At a school board meeting, there might be trouble. Perhaps you made someone do pushups for being late to practice and his mother is the PTA president. Maybe the athletic department is facing budget cuts and you have a case to make for funding your team. This is no longer a small meeting room. School board meetings have become the wailing wall for angry local activists and are attracting bigger crowds by the week. Meetings that used to welcome a handful of community busybodies have grown to standing room only with a print, TV, and social media presence. Are you ready to face the firing squad?

Speaking of social media, the number of aspiring sports commentators outnumber the athletes. Your interview could be the viral moment for an up and coming podcaster or Youtuber. Take your role seriously. You may never have thought that coaching a sports team required media skills, but your appearance on a one-minute internet clip may determine your reputation among your peers.

And now, the buzzer beater

The difference between a locker room tough guy and a sports leader is the ability to speak in public. Just like any other speaker, you have to identify your audience, your venue, and your purpose for speaking. Imagine what one public appearance can do for a young coach working as a permanent substitute, waiting for a teaching position to open. Think of the example you set outside the sports realm when you show your athletes what poise in plain clothes looks like. Step outside your safe space and take comfort in knowing that most coaches will never make the effort toward learning public speaking that you do.